Recycled Water on the Rise 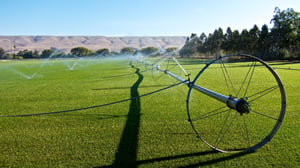 The average person may be concerned to know the water in their toilet may eventually come out of their tap, but it’s a natural part of the water cycle. In the past, sewage drained into a river or lake, where it would be evaporated by the sun. That moisture would then return to the earth as rain, to be collected by the water distribution company and sent out of the tap again. Additionally, unplanned indirect potable use has existed for a long time. Cities upstream discharge treated sewage into rivers that are used downstream for potable water. In the end, water is water, and communities ready to take advantage of “recycled” water are working to make ratepayers more comfortable with the process of directly treating wastewater and returning it to the water system, rather than discharging it into the environment.


Recycled water can be used in nearly any context: urban or agricultural, industrial or recreational, environmental or potable. Its applications range from irrigating public parks to cooling water for power plants to recharging groundwater aquifers.


Lately, however, agricultural irrigation has become one of the most common uses for recycled water. Irrigation accounts for nearly 50% of the freshwater withdrawals in the United States. Meanwhile, millions of gallons of treated wastewater is discharged into local waterways, at the expense of local utilities. Treated wastewater offers an alternative that can safely be used on food crops (food that will be eaten raw), processed food crops (food that will be industrially processed or cooked), or non-food crops (crops for grazing, ornamental use, seed or turf).


Agricultural reuse can provide a number of benefits, both to the local community and to farmers. First, recycled water is less expensive than potable water, sometimes drastically so. Many water utilities began providing recycled water as a way to reduce their disposal costs. For farmers in arid climates, where water rates are high, recycled water can provide a huge savings. It can also ease the burden of the water utility by lowering the potable water needs. If all of a utility’s agricultural irrigation customers switch to recycled water, there’s more fresh, potable water for other purposes. During droughts, this means fewer or looser water restrictions for both residential customers and farmers. 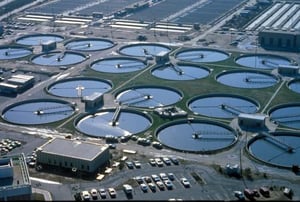 Second, using recycled water to irrigate crops can decrease fertilizer needs. Nitrogen and phosphorus, two nutrients necessary for plant growth, are commonly found in higher concentrations in recycled water. According to a study from the University of Florida, concentrations of both of these macronutrients are found in quantities sufficient for some types of turf grasses to thrive without additional fertilization. For other plants, reclaimed water provided about 16% of the recommended nitrogen amount. Boron, another important nutrient, was found in high enough quantities that many crops could grow without additional applications.

These benefits can be seen in the case of Monterey County, California, which began a study to determine the feasibility of using reclaimed water in 1976. The city’s need for reclamation began in the 1940s, when increased demand resulted in groundwater overdrafting of their aquifers. This led to seawater intrusion from nearby Monterey Bay. Agricultural wells and some community drinking wells had to be abandoned due to high salt levels. This was a major factor in the county’s decision to provide reclaimed water for crop irrigation.

The study concluded that reclaimed water was both safe and reliable. As a result, the county started with Monterey County Water Recycling Projects, which constructed a new treatment plant, a reclamation plant and a distribution network. By 1998, the county was delivering 76,000 m3/d of reclaimed water to local farmers for crop irrigation. Because of this plan, farmers could discontinue pumping from their wells, alleviating groundwater overdrafting and lessening seawater intrusion.


With shifts in climate expected in the coming decades, including longer and hotter droughts, it’s more important than ever that water utilities invest in innovative and sustainable techniques like water reclamation. That will require ratepayers to accept water reclamation as a safe, clean option. Fortunately, initiatives like the Monterey County study are persuading more people to recognize that it's not toilet to tap; it’s toilet to treatment plant to tap.